The difference between discernment and judging

The difference between discernment and judging

How can we be less judgmental in our lives, and what is the difference between discernment and judgement?

It’s the difference between old souls and new souls.

Every physical body that contains a spirit must have judgment. But what you’re seeing it as is the negative form of it, where it has limited beings in where they be. Or, said that this is right and that is wrong, that one is good and one is bad. Because you come into a domain where balance must be made, neither end should be right.

But this is all a process of learning. A new soul needs judgment to find out where they are. An ancient one sees judgment and judges all as perfect, but loves the differences, and relishes the wonder of yin and yang.

They are just words my dear. It’s the vibrational state of where you be as to how you choose.

When Jesus said, “Thou shalt not judge,” can you explain that reference?

Many things were quoted as what that beautiful being said, and many are not true.  What that being said was, “Who are you to judge?”  Who are you to set yourself above others to say what was right and what was wrong? This was in a time when the word “sin” was bandied about so much that no one truly even knew what it meant.

Many set themselves up above others, but often not with wisdom. And not with gentle teaching and guidance that might help those that need to learn. At that time, it was about control and condemnation. Many of those beings have returned at this time. And now they have evolved. Now they cry at the idea of killing another. But back then they had judgment and no way of knowing.

Ancient ways were set up in that time that are now in their last gasps of growth. Know that the being existed, a wondrous one, but many things attributed to this one were not his words.

Can you please speak about how we can be more present in love and less in judgment, both of ourselves and others.

Be that that you are. If you are loving being you will love all. But you will still see some and say, “That’s not for me.” But that doesn’t mean that you will push what is for your into their face. Let all beings be. Give all beings their space, to live, to grow. But I know there are times when you see a great wrong, and if it is within your power to right it, you must, to be your truth.

But you mustn’t condemn the person who says, “I cannot be involved.”  You must know they are where they are, at their time of growth. Perhaps if they could see the one standing there saying, “Hit me and not the child” they might grow, and you might teach. 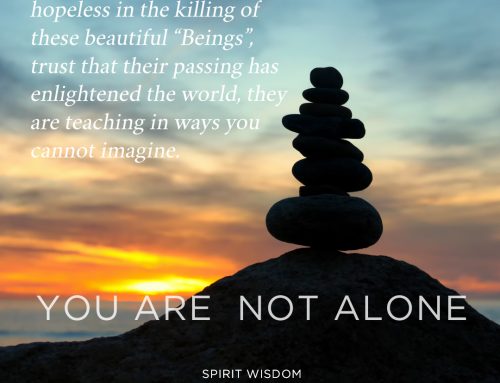